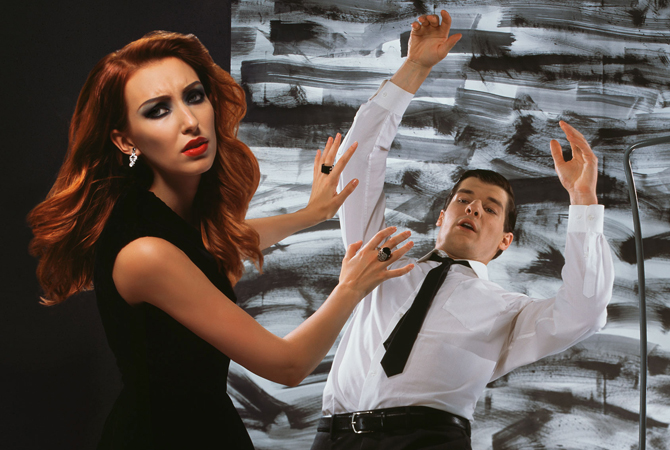 “Some films represent a piece of life, my films are a piece of pie,” Alfred Hitchcock once said. This quote inspired the Moscow art photographer Eugenia Gladtskova to create an unusual project, which resulted in photo series created according to the principle of a cut-up pie, each part of which references the theme and style of one of nine film masterpieces of Hitchcock. Working together with leading actors of Russian film and television, Eugenia Gladtskova recreates the key scenes from Hitchcock’s films such as “Psycho,” “Marnie” and “The Birds,” etc.. Each photograph plays with the main elements of the film language of the director in its own stylized way. Eugenia Gladtskova entrusted Anna Leonenko and Anna Sarre to organize an exhibition of her work in Germany. Considering the theme of the artwork, it was decided to hold the exhibition within the framework of The Russian Film Week in Berlin. The team took on the production and the management of the exhibition, the preparation of the press release and information, advertising and work with press as well as marketing in social media.