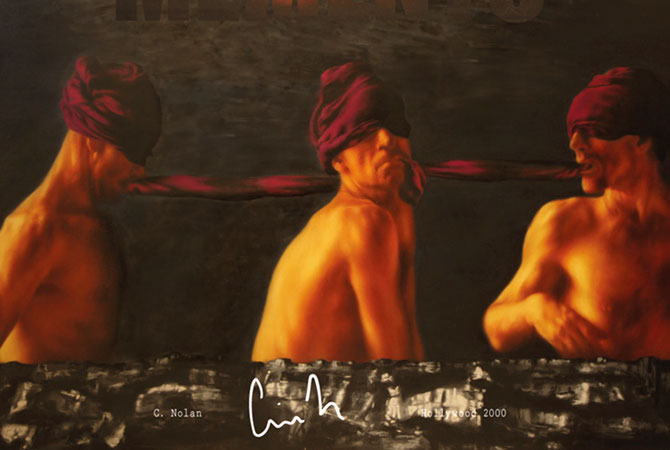 The exhibition “Déjà Vu Film – Art Meets Film” by the artist group C/A/C, Concept/Art/Confession, established that a film poster can be an independent art object. The exhibition showcased 20 large format hand painted canvases in the style of film posters, each one dedicated to one of the masterpieces of world cinema. The conceptual point of departure for the artworks, however, were not the original films, but the special interpretation of them by the six artists involved. In view of its subject matter, the exhibition “Déjà Vu Film – Art Meets Film” was already presented within the framework of various European film festivals, including Venice and Rome. Mediaost agency was responsible for the production of the exhibition attributed to the Berlin Film Festival of 2014. Besides the production and coordination of the exhibition, Mediaost agency persevered foremost in the work with press and the connection to the general public. This included the preparation and distribution of press releases, the collaboration with the journalists and large-scale marketing on social networks. As a special marketing action, Mediaost executed a PR event affiliated with the festivities of the Berlin Film Festival and involving the participation of celebrities.