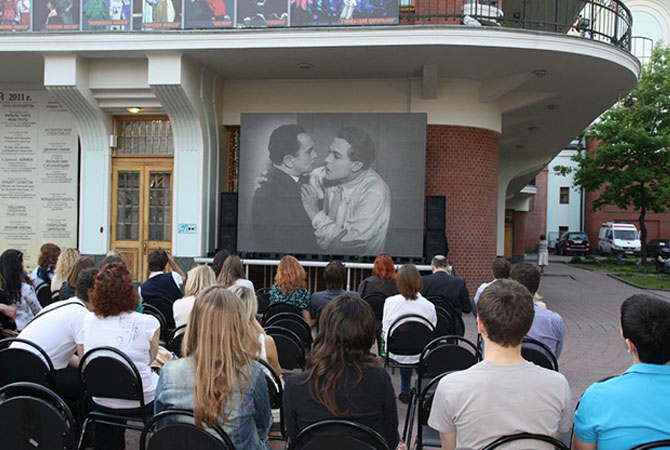 In honor of the grand opening of The Days of Berlin in Moscow in 2011, one of the greatest masterpieces of world cinema was presented. “Metropolis,” a silent film by Fritz Lang was shown with an accompaniment by the Symphony Orchestra of the Moscow Philharmonic conducted by Frank Strobel.

The presentation of the restored version of “Metropolis” became the most significant event in the cultural program of The Days of Berlin in Moscow. Anna Leonenko was responsible not only for the production of the grand opening, but also for the translation of the subtitles for the screening through which this masterpiece of cinema became accessible to the Moscow audience.